Prof. Ali Yeşilırmak Spoke at the Symposium on the Impact of the Singapore Convention 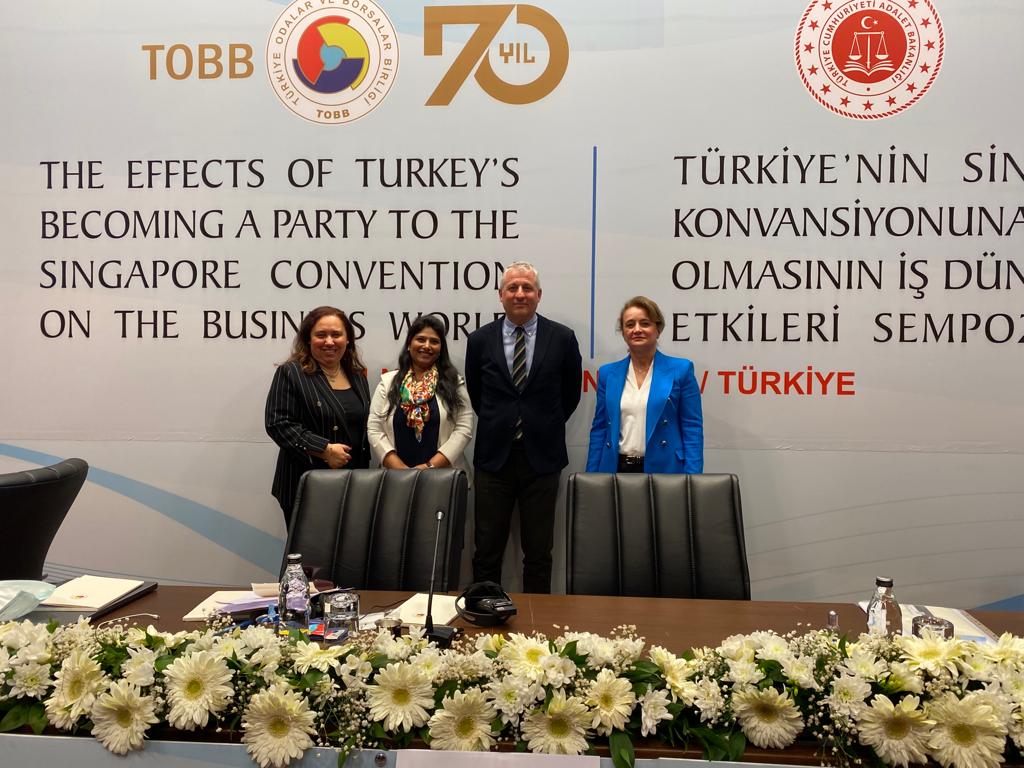 The Effects of Turkey's Becoming a Party to the Singapore Convention on the Business World Symposium was held in cooperation with the Ministry of Justice and the Union of Chambers and Commodity Exchanges of Turkey, in Ankara, on April 11, 2022.

Speaking at the opening of the symposium at the TOBB Conference Hall, Deputy Minister of Justice Zekeriya Birkan said that a solution method in both mediation and arbitration processes should be reached where both parties are satisfied. Birkan stated that in the mediation system, which was put into use in November 2013, nearly 2 million disputes have been resolved to date.

Prof. Dr. Ali Yeşilırmak talked about the advantages of the Singapore Convention in making it possible for the settlement agreements signed as a result of mediation within the scope of commercial disputes to be enforced in the party countries without the need for an additional court or arbitral decision.

For a better experience, we use cookies in line with Data Protection Rules. Details